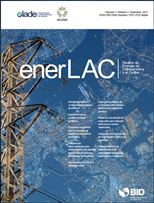 This article offers the first estimates of Chinese-controlled power generation installed capacity, kilometers of transmission lines, and number of consumers in Brazil, and their evolution over time. It aims at analyzing China`s penetration in the countryâ€™s electric sector in each of its three segments and different sources of energy. In ten years, Chinese power electric companies became the main foreign investors, and Brazil concentrates the biggest part of these corporationsâ€™ overseas power generation capacity. Chinese firmsâ€™ investment pattern there is different than in other countries, where they focus on non-renewables. Instead in Brazil, they have invested where the country has a natural advantage or an abundance of resources, such as hydroelectric generation.